Unfortunately, there is no real observation tower in Zurich to get an overview of the city. Or do they have a hidden one? My insider tip today revolves around this topic. Let yourself in for a surprise that most visitors to the city do not know about….

At the Fraumünster church which is the main visual landmark of the city of Zurich. Normally, as a tourist one goes to visit the Fraumünster as a church with its most stunning treasures being the stained glass windows: those in the north transept are by Augusto Giacometti and the five-part cycle in the chancel and rosette in the southern transept the works of Marc Chagall. , but there is another specialty of the church you may not know about. 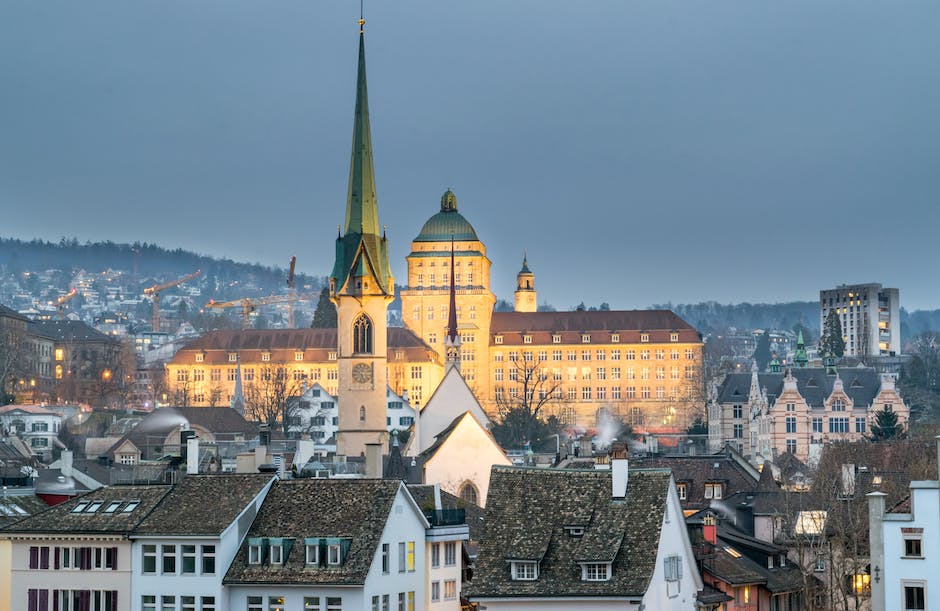 At this church, you can climb up in one of the towers to enjoy the great view over the whole city of Zurich. But there are more than 200 stairs to get to the top. So only something for people in good shape! Trust me, 200 steps add up. But the panoramic view there is sensational, especially when the weather is nice. 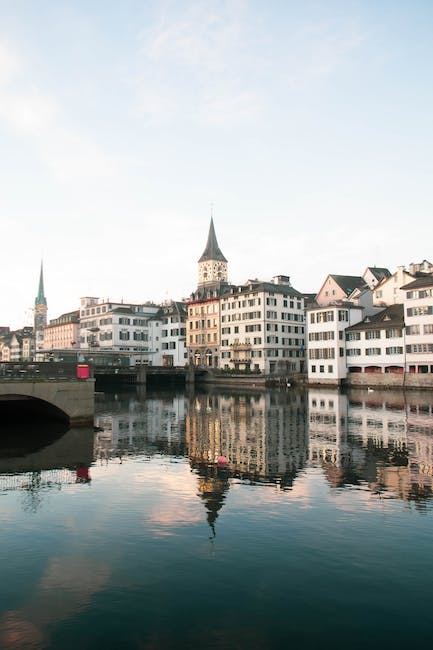 The Fraumünster monastery was founded on July 21, 853 by Ludwig the German , a grandson of Charlemagne , by transferring an existing small monastery to his eldest daughter Hildegard. The donation was connected with considerable land holdings in Urnerland, the Hof Cham, the Albiswald, the Sihlwald, land in Horgen, Langnau, and the Reppischtal.

From the middle of the 13th century, the church was rebuilt and expanded in the Gothic style. The nave was last rebuilt in 1911. The entire church was stripped of the altars, the decorations, and the organ during the Reformation until 1527. In 1544 a pulpit was built for the sermon. In 1847 Ferdinand Keller exposed the medieval wall paintings again and left them to Franz Hegiwatercolor. The most important painting, which was probably made shortly around 1300, hung in the south transept and showed the founding legend. It is largely destroyed today. The last interior and exterior renovation of the Fraumünster took place between 2006 and 2007.

To see the view from the Grossmünster Church you must make a reservation which you may do here: https://www.grossmuenster.ch/en/climbing-tower/

Europeantravel.blog is written by Ron Kloth, an American who lives in Germany. European Travel Blog is designed to inform, educate and entertain you.

Article Name
Seeing Zurich From The Top
Description
Unfortunately, there is no real observation tower in Zurich to get an overview of the city. Or do they have a hidden one? My insider tip today revolves around this topic.
Ron Kloth
Publisher Name
European Travel Blog
Publisher Logo